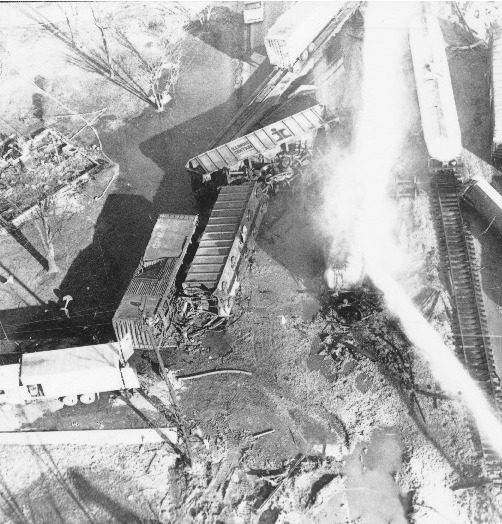 In almost every critical aspect of our daily lives, there can usually be found a "watershed" moment, or a moment that defines a critical problem or situation that is found in society or the world.  An example would be the explosion of the space shuttle Challenger in 1986, which resulted in a top-to-bottom review of the way NASA managed the shuttle program.

Throughout the late 1960s and into the 70s, accidents involving hazardous materials were becoming more and more prevalent.  As society began to become reliant on newer technologies and man-made goods, it was becoming necessary to transport hazardous materials all across the country from their point of manufacture to wherever they were needed.  This put more and more of these materials on the nation's roads and railroads.  It was therefore (obviously) more likely that accidents involving hazmats would only increase in number.

On February 22, 1978, an L&N Railroad train passing through the town of Waverly, Tennessee, derailed.  Included in this train were cars carrying liquid propane gas.  Eventually a small leak would form on one of the cars, and a tremendous explosion would occur, killing several people, including the Waverly police and fire chiefs, and a TEMA (then TOCD) employee.  This event would forever change the nature of emergency response to accidents involving hazardous materials.