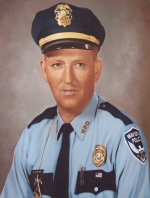 On February 22, 1978 a train derailment occurred in downtown Waverly leaving 23 railroad cars off the track including 2 propane tankers.  As workers were clearing one of the overturned propane tankers two days later, the propane tank car exploded, killing 16 and severely injuring 43.  Three members of the Waverly Police and Fire Departments were killed including both the Police Chief and Fire Chief.  Please follow the link for more information about the tragedy that cost Chief Barnett his life. The Waverly Explosion

Police Chief Guy Barnett, Sr.,  died on February 26, 1978, from injuries sustained in the propane tank car explosion two days earlier.  Three other police officers were injured that day.  Chief Barnett was 45 years old, and was survived by his wife and 3 boys.

Chief Barnett's name is inscribed in the Law Enforcement Officer's Memorial wall in Washington, D.C., along with the names of over 14,000 other law enforcement officers who have been killed in the line of duty. 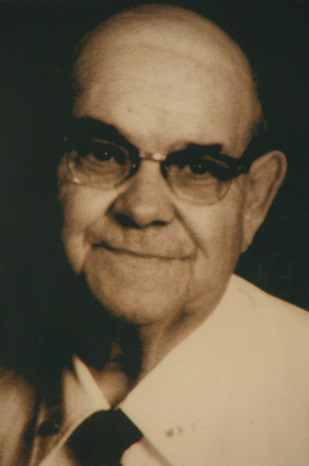 Fire Chief Wilbur York was killed on February 24, 1978 from injuries sustained in the explosion.  He was 65 years old and was survived by his wife, daughter and four grandchildren.


Firefighter Melvin Matlock was killed on February 24, 1978 from injuries sustained in the explosion.  He was 45 years old and was survived by his parents, wife, 3 sons, 3 daughters and 2 step children.  Picture unavailable.