The Waverly Police Department utilizes a K9 Unit to assist in Drug Enforcement and Criminal Apprehension.  Officer David Ross and his Canine partner, Goro, fulfill those duties.  Goro is a full-blooded German Shepherd that was purchased in 2022 and is certified in narcotics detection.

Goro and Officer Ross participated in over 2 months of daily training during which they obtained certification under United States Police Canine Association (USPCA) standards.  Goro is certified in the detection of controlled substances including marijuana, cocaine, heroin, and methamphetamine.

As part of continuing training and certification, Goro and Officer Ross must train monthly to maintain the stringent USPCA standards.

The K9 Unit is funded in large part by the Special Drug Fund which is comprised of drug fines and forteitures.  The K9 program has been very successful and has resulted in numerous drug related arrests of several criminal suspects. 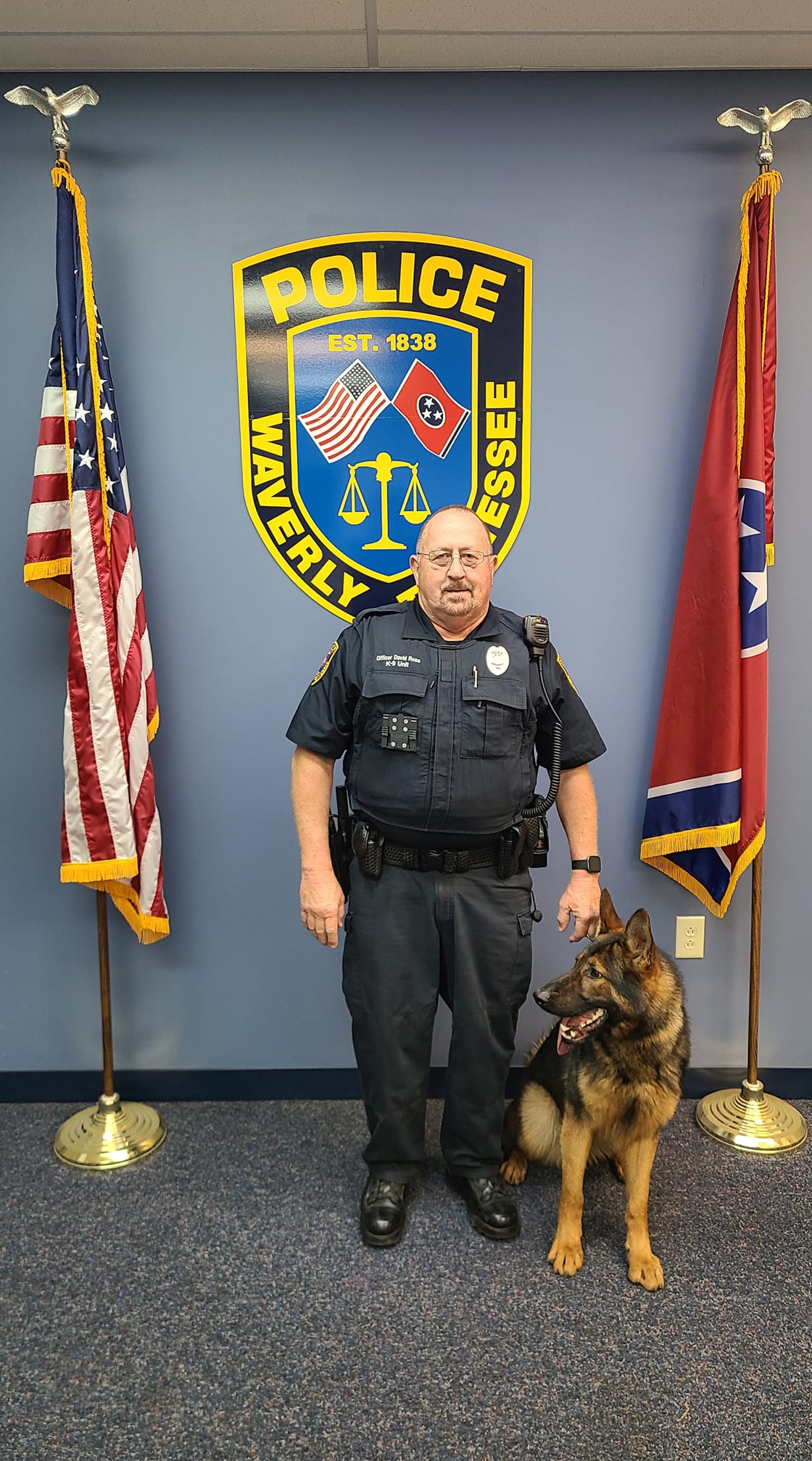 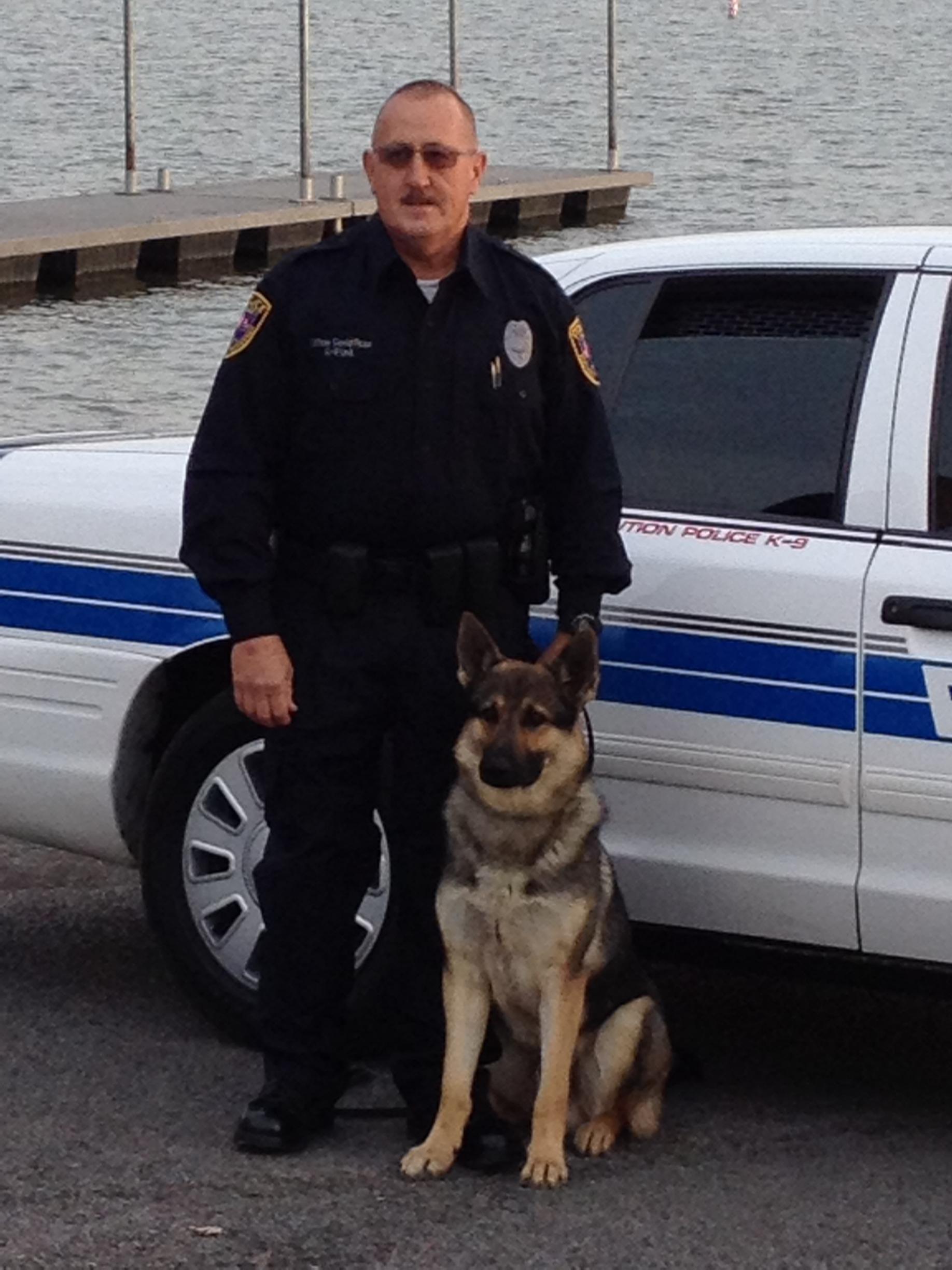