Service 1 and 2 are used as support vehicles for the Fire Department.  Service 1 carries additional air packs and bottles, fans, hose and tools for firefighter support.  When Service 1 arrives on scene of a fire, the personnel on board begin setting up an area for firefighter rehab and will replenish supplies and equipment as needed.  Service 1 is a 2014 Ford F550 that was specially equiped for use as a service company, and was purchased in 2018.

Service 2 is a Ford Explorer which is used to send additional fire personnel to the fire grounds.  It carries some basic equipment including air packs for the firefighters on board.  It also sports our new graphic scheme which matches the new police graphics.  Both Service Companies are deployed from Station 1.  To augment the Service Company, the Police Department has 2 military "Humvee" vehicles and an ATV for use during disasters.  These vehicles allow us to reach areas such as high water that are inaccessible with normal vehicles. 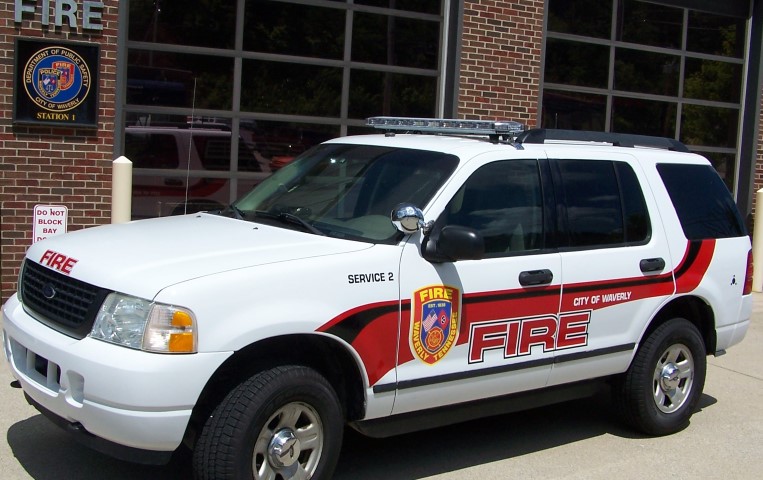