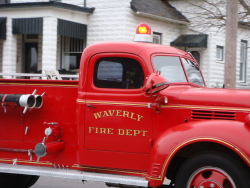 Engine 1 is a retired 1942 Dodge pumper.  Damaged in the 1978 propane disaster, it has since been restored and is used for parades and public events.  It is still fully operational and capable of pumping!  It has a 200 gallon tank and is rated at 750 gallons/min.  It has a straight 6 cyl engine and 5 speed transmission.  When it was in service it carried 400' of fill line and had a hose reel with attack lines.

Officially de-commissioned in 1984, Engine 1 is housed at City Hall where it is available for viewing by the public during business hours.  It is kept in a glass enclosed room and can be seen from outside as motorists pass by City Hall.  It is used during parades and other special events.

In 2015 Engine 1 received a frame up restoration by Pipestone Restorations in Waverly.  The restoration was provided as a gift to the City of Waverly by Pipestone's owners Dave and Linda Miles. 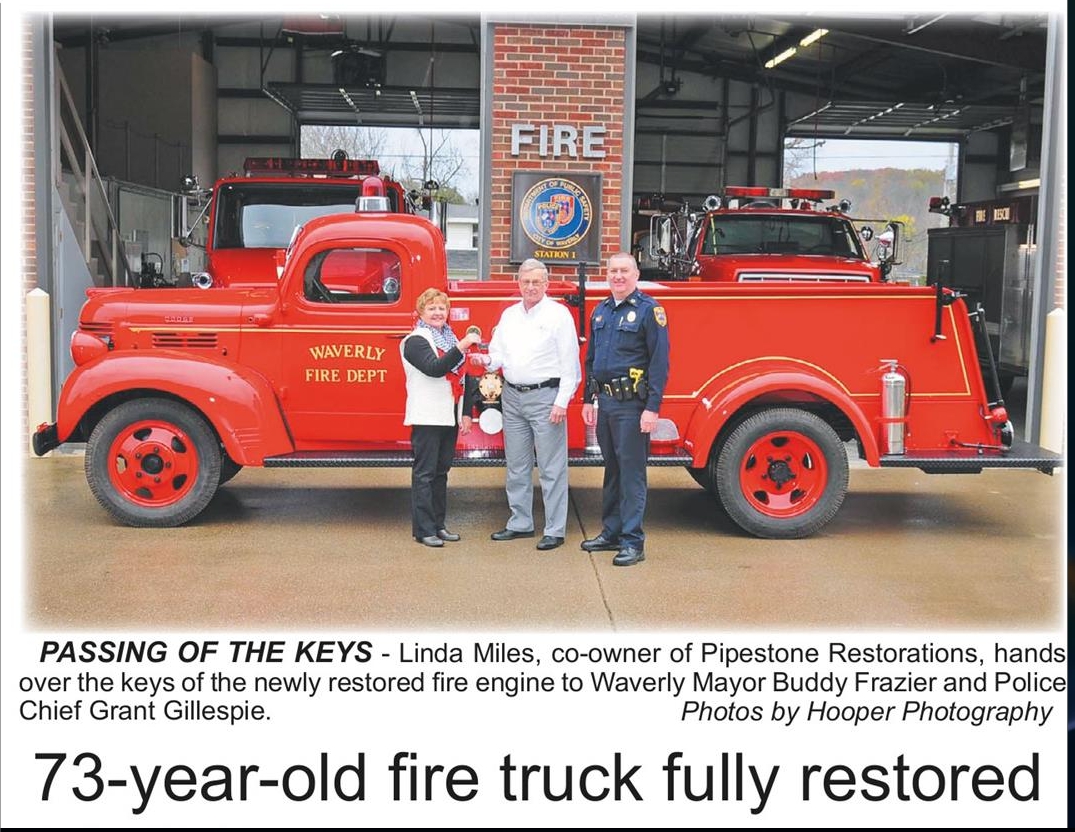 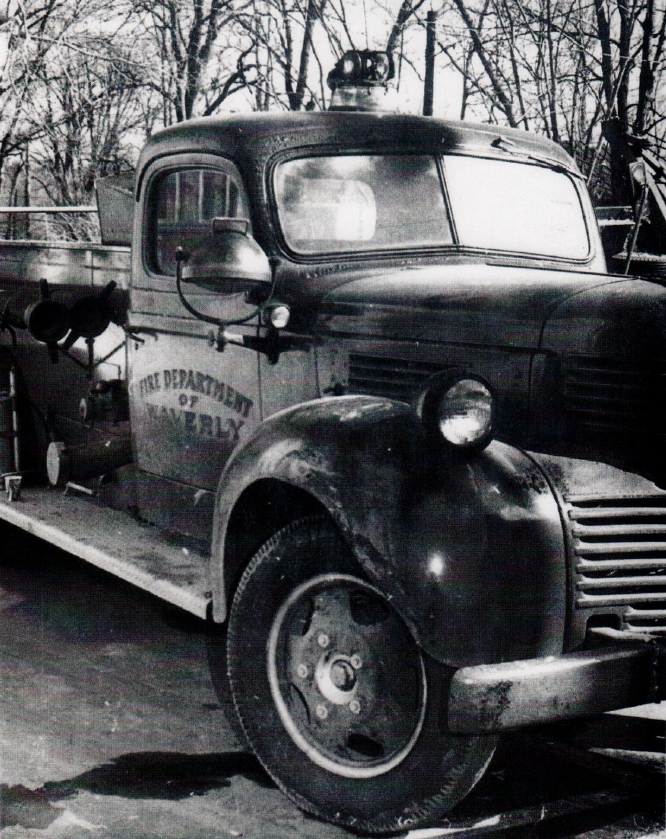 Engine 1 after being burned following the 1978 Disaster. 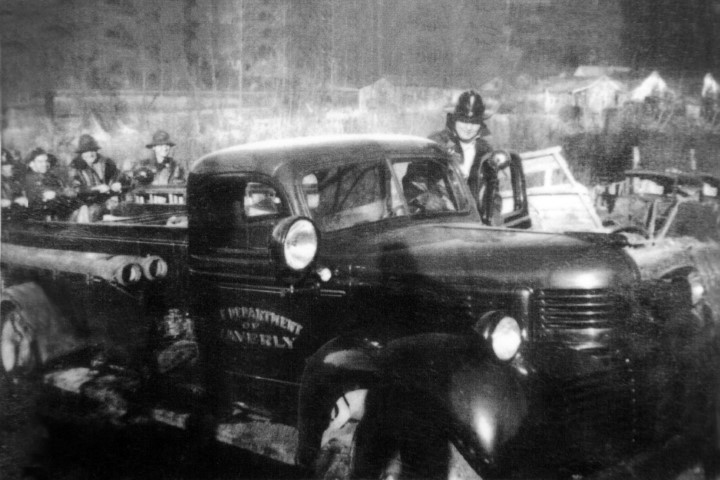 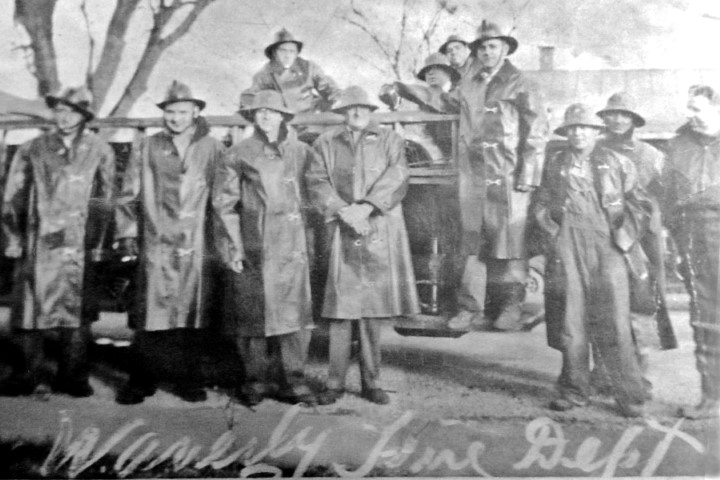