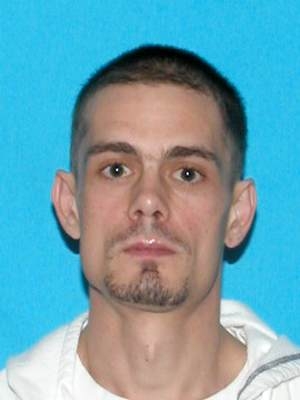 Christopher Wayne Grasty has been arrested and charged with multiple burglaries including several here in Humphreys County.  Grasty was arrested by the Lexington, TN Police Department as he was breaking into a restaurant during the early morning hours of March 1.

Over the past several months numerous business burglaries have occurred in McEwen, Waverly, and Humphreys County.  Nearly all of the burglaries consisted of a glass door or window being broken along with items and cash having been taken from inside the businesses.  Surrounding counties have experienced the same type crimes during the same time period.  Camden Police reported as many as seven burglaries in one night.

Waverly Police Officer Jonathan Fortner had developed Grasty as a suspect in the January 13th burglary of Superior Farm in Waverly.  Fortner, following up on a late night prowler call answered by WPD midnight shift officers on January 5th, identified a vehicle in the area that was owned by Grasty.   Officer Fortner later learned that Grasty had been arrested in Florida, Texas, and Mississippi for burglary.  Approximately one week later Officers Fortner and Shaun Wilson spoke with Grasty after a traffic stop.  Grasty could not explain his reason for being in the area of businesses on the night of the January 5th.  Waverly Police Detectives Larry Lescure and Tony Ahne along with Sheriff’s Detective Wesley Hagler went to Grasty’s home on Spann Loop on the evening of the January 13th, but were denied permission to search the residence.

Once Grasty was arrested in Lexington, Officer Fortner and Sheriff’s Detective Ronnie Toungette went back to Grasty’s residence on March 3.  The two officers obtained permission to enter the house.  Once inside they saw items that had been taken during recent burglaries.  Detectives Ahne and Lescure obtained a search warrant for the residence.  Officers from Waverly, McEwen, Humphreys County, and Camden searched the house and found evidence tying Grasty to dozens of burglaries.

On March 4th Detective Lescure and Ronnie Moran went to the Henderson County Jail to confront Grasty with the evidence obtained during the search.  Grasty admitted to committing multiple burglaries in Humphreys and surrounding counties.  Grasty will be charged with as many as forty burglaries stretching from Dickson to Gibson County.

According to Sheriff Chris Davis “It’s not everyday you get to make an arrest that leads to solving close to 40 cases in multiple counties, its just darn good police work. Officer Fortner of Waverly P.D. puts forth great effort in his everyday duties, however, for him to remember  a traffic stop that he had been on several weeks before and to go back and follow up on it and put a case of this size together, is not only good police work, but shows his dedication to the people of our community and for this he should be commended”.